From vienna to sarajevo - kindo version

Price: $ 13 USD
From Vienna to sarajevo is an education book that covers the years between the Napoleonic Wars and the outbreak of the First World War. The century between 1815 and 1914 was a dynamic time for Europe and America. New principles on nationalism, industrialism, imperialism, socialism and communism compelled major adjustments of state governments and the very nature of modern civilization. The creation of new nations and modern ideas dramatically shifted Western society as the old ideals were erased. Napoleon?s conquests affected Europe for decades, and Europe entered an era of revolution and innovation. By the dawn of the 20th century, the foundation for a new European conflict was set and the Great War (World War I) would erupt. The ninety-nine years in-between these two bookends set the background for 20th century global confrontations: The Great War, the Second World War, and the Cold War.
http://www.coroneldp.com/cgi-bin/mivavm?/Merchant2/merchant.mvc+Screen=PROD&Store_Code=LM∏_Code=B0005&Category_Code=Bks
Read the ad
Write review
Print
Download bettafish course e - book online
The latest anti-aging strategies [kindle edition] 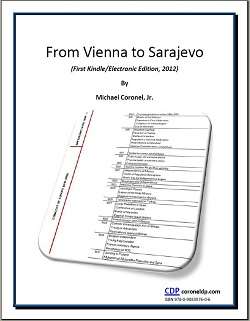 From vienna to sarajevo - kindo version